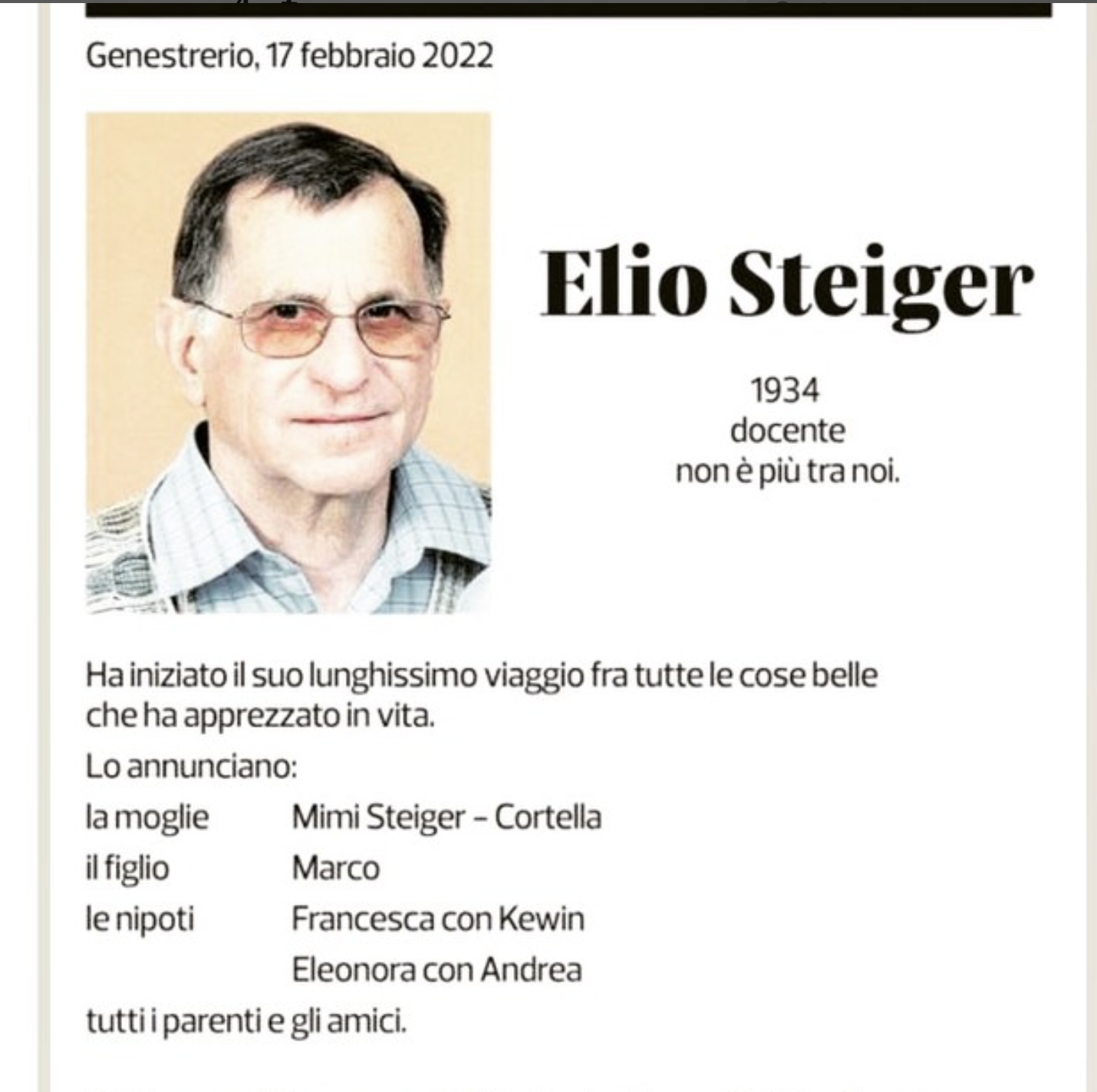 Sbook.ch and its team send their condolences to the Steiger family for the bereavement of their beloved. Scientific advisor for some volumes of the ‘La Svizzera in un Libro’ collection, Elio Steiger believed in the sbook.ch project since its very beginning and, graciously providing us with his knowledge, in 2006 he gave a chance to the newborn publishing house to build its own identity – and to tell the world about Switzerland.

Thank you Elio for your love and passion for Switzerland, which we will perpetuate in your memory.